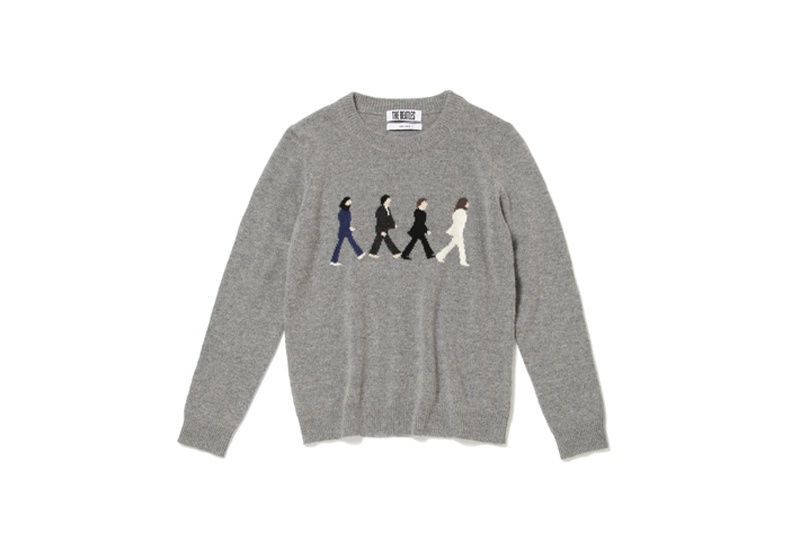 These Sweaters Tribute the 50th Anniversary of the Beatles in Japan

Back in 1966, the rock band that's considered by many to be the greatest of all time visited the country to perform, where their arrival was highly anticipated and documented. As 2016 marks the 50th anniversary of the occasion, niko and ... designed three different sweaters which pay tribute to the legendary figures.

In one, the companies reference the album artwork for 'Abbey Road,' showing the band members walking along the front of the garment in single file. Another of the celebratory shirts for The Beatles in Japan commemorative collection references 'Help,' while the third depicts the Apple Corps logo, which is reportedly the band's multimedia corporation.
5.5
Score
Popularity
Activity
Freshness
View Innovation Webinars

Romantic Rocker Apparel
Diamond Supply Co. Has Teamed with The Beatles for a Sentimental Lineup