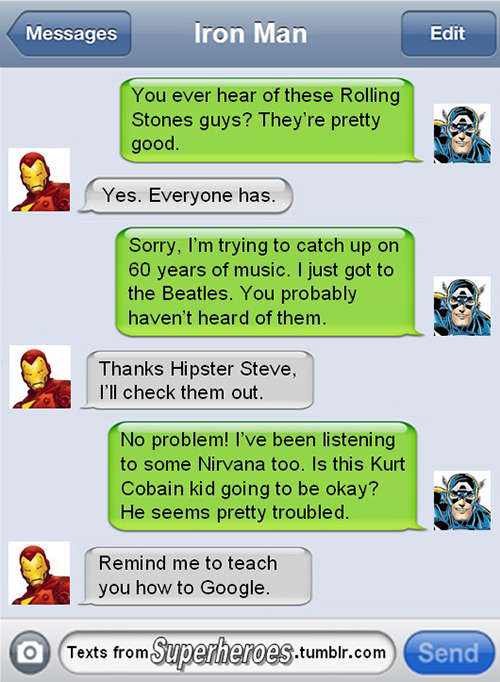 The 'Texts from Superheroes' Tumblr Blog Brings the Geeky Laughs

A clever and nerdy riff on the insanely popular Texts from Last Night blog, Texts from Superheroes is a hilarious way to to kill a few minutes on the internet. From Superman and Spider-Man talking about their current employment, to Batman and Superman wondering why Doctor Who didn't save Krypton, to the Flash talking to Robin about his iPhone experiences, there's plenty of big laughs to be had at the expense of your favorite comic book heroes.

Here's a question that occurred to me while perusing these texts. If Batman has a smartphone capable of text messaging, then what is the point of the Bat-Signal? Seems like a pretty inefficient communication method compared to just sending a text.
4.9
Score
Popularity
Activity
Freshness
Get Trend Hunter Dashboard