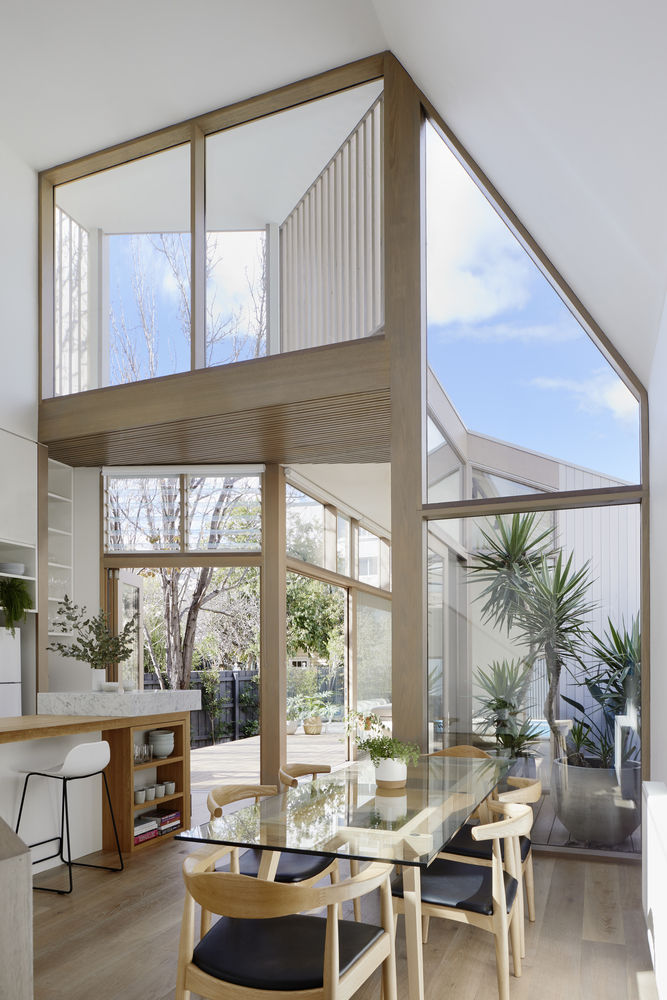 Joey Haar — June 5, 2018 — Art & Design
References: archdaily
Share on Facebook Share on Twitter Share on LinkedIn Share on Pinterest
'Tess + JJ's House' is in a heritage neighborhood in Melbourne called South Yarra, which has the potential to be constricting when it comes to architectural creativity. 'po-co Architecture', the studio behind the home, couldn't flaunt the stylistic traits of the Victorian-dominated neighborhood entirely without risking the derision of the community, but sticking to those mores entirely would lead to the same old designs. Tess + JJ's House creatively adheres to and subverts tradition to create an engaging family home.

The interplay of light is one of the core tenets of the home. The entryway is a primarily darkened space, but that gives way to a light-filled kitchen and dining area thanks to a creative series of angled glass walls. Moving through the home is thus an experience unto itself.