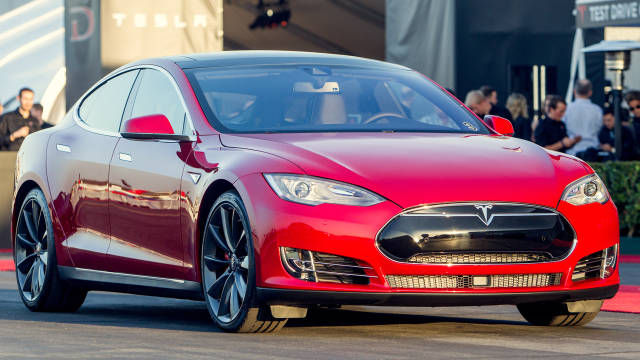 Michael Hemsworth — October 10, 2014 — Autos
References: teslamotors & roadandtrack
All eyes are on the electric vehicle manufacturer with the release of the Tesla Model S P85D, which is making waves for being a zero emissions vehicle that's going to rival even the fastest sports cars on the road. Featuring dual motors, the Tesla Model S P85D features a top speed of 155 mph with a 0 to 60 mph acceleration of just 3.2 seconds, which means it rivals even the famed McLaren F1 in performance.

As we enter a new dawn of alternative transportation, the Tesla Model S P85D ushers in a new level of performance and expectation from electric vehicles. It might not be long before we see posters of them in lockers, replacing gas guzzlers with ease.
5.2
Score
Popularity
Activity
Freshness