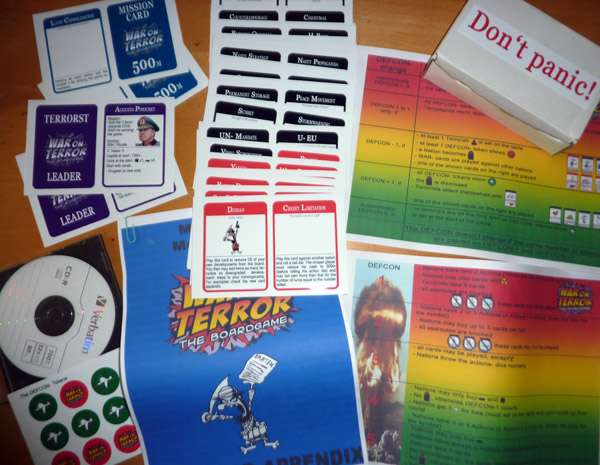 'Terrorbull Games' Provides Satirical Commentary on Issues Around the World

Armida Ascano — September 8, 2010 — Business
References: terrorbullgames & coolhunting
Share on Facebook Share on Twitter Share on LinkedIn Share on Pinterest
British start-up company 'TerrorBull Games' aims to instill a sense of humor surrounding tough world issues. With satirical boardgames that have a suspiciously similar look to those from your childhood, these 'TerrorBull Games' however, may not be everyone's idea of family fun.

'TerrorBull Games' touches on such sensitive subjects like terrorism, recession recovery, drugs and gang violence. So far, the released games have received mixed reviews from those who have played them.

Implications - In the last few years, contemporary society has placed a premium on irony as a source of humor. One of the best ways a company can capitalize on this fad is by focusing on products that are conventional in function, but novel in design. By offering consumers a tried and true product with a new look, the company shows a willingness to buck convention.
1.3
Score
Popularity
Activity
Freshness
Access Advisory Services