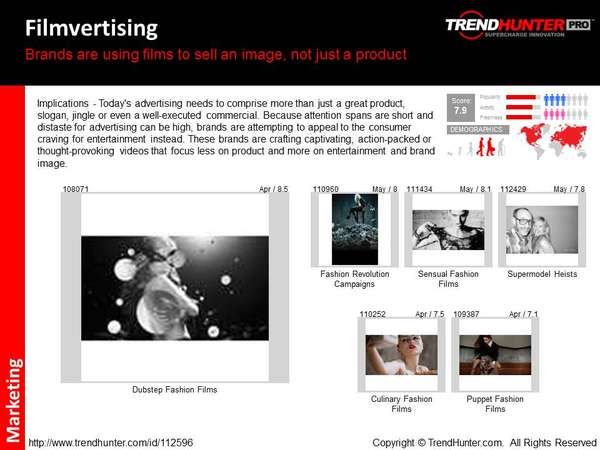 Taylor Keefe — March 20, 2012 — Pop Culture
References: trendreports
Share on Facebook Share on Twitter Share on LinkedIn Share on Pinterest
Commercials have long been an effective tool for marketing and advertising products to consumers during breaks in programming. It's a technique that some would argue is out of date, while others claim commercials to be more effective than ever. By sifting through our 301 PRO Trends and thousands of research examples in the Television Advertising Trend Report, users will gain a greater understanding of this dynamic industry, giving them an edge over the competition.

Traditional commercials are still popular on broadcast television, reaching audiences well into the millions. However, the integration of social media into television campaigns can result in a much larger audience. Great examples of this are the annual Super Bowl commercials. Once only available to viewers in the United States, now these clips are uploaded to sites like Twitter and YouTube, generating more buzz and increasing views and audience reach tenfold.
1.4
Score
Popularity
Activity
Freshness
View Innovation Webinars