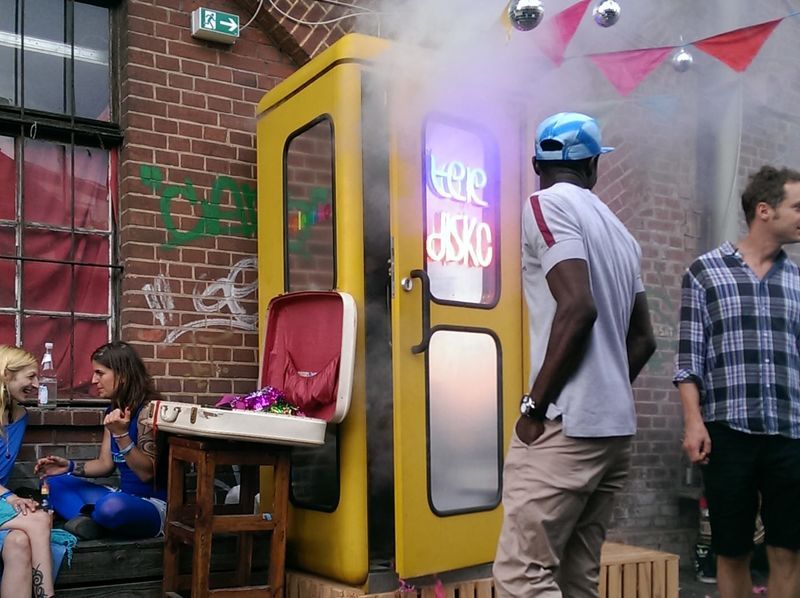 Berlin's Teledisko for One is the World's Smallest Dance Club

Rebecca Byers — January 26, 2016 — Lifestyle
References: teledisko & popupcity.net
Share on Facebook Share on Twitter Share on LinkedIn Share on Pinterest
Described as the world's smallest nightclub, Teledisko is a retro phone booth that has been transformed into a single-person dance club. The coin-operated, retrofitted phone booth also operates as a photo booth, with printing capabilities built right into the Teledisko, while it will also send a video of one's time in the booth via a download link.

Once an interested party enters the Teledisko, they are able to select their favorite song on a touchscreen and dance like no one is watching during the time in the booth.

Currently, there are three Teledisko's located across the Berlin area. The first two are permanently installed in venues for you and your friends to find on their own, while the third is mobile and available for event bookings.
5.8
Score
Popularity
Activity
Freshness
Jeremy Gutsche Keynote Speaker