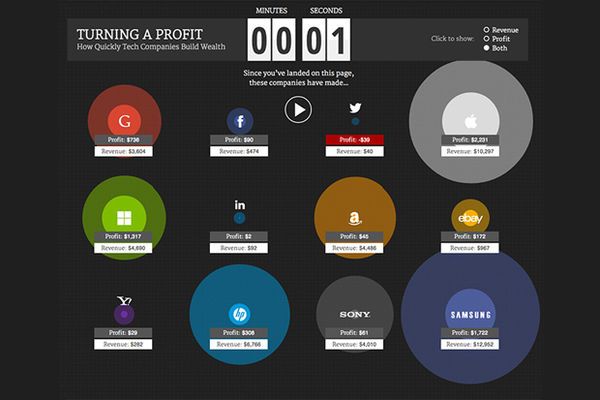 It interactively shows viewers the stats by running a clock, which can be stopped and started at any time, that is located at the top of the page. As the clock runs, the companies' wealth "grows." Not surprisingly, Apple is one of the fastest growing companies, pulling in approximately $10,000 USD a second in revenues.