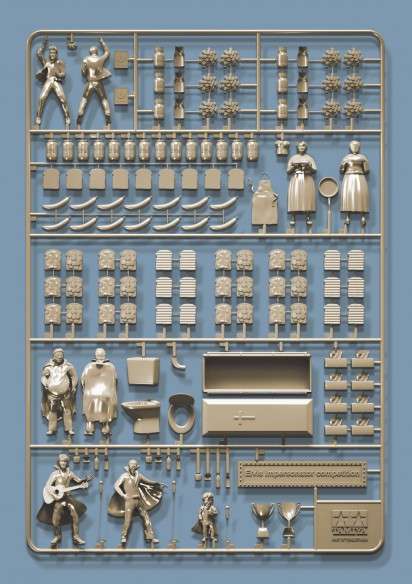 The Tamiya Conspiracy Ads Urges You to "Put It Together"

Meghan Young — August 25, 2011 — Life-Stages
References: tamiya & bestadsontv
Share on Facebook Share on Twitter Share on LinkedIn Share on Pinterest
The Tamiya Conspiracy ad campaign addresses some of the more prevalent conspiracy theories of our times. These include the moon landing, John F. Kenndy's death and the sci-fi events of Roswell. All of these so-called conspiracies are depicted in traditional plastic model kits, which the company actually produces.

Conceived and executed by ad agency Ogilvy & Mather Vietnam, the Tamiya Conspiracy ad campaign shows that the company's "main goal is to offer the world the most rewarding modelling experience possible." This includes some offering a new way at looking at certain world events that have affected many people's lives.

More than that, however, the Tamiya Conspiracy ad campaign urges you to "put it together," suggesting that by creating their models, you will figure out some of the world's biggest mysteries.
5.7
Score
Popularity
Activity
Freshness
View Innovation Webinars