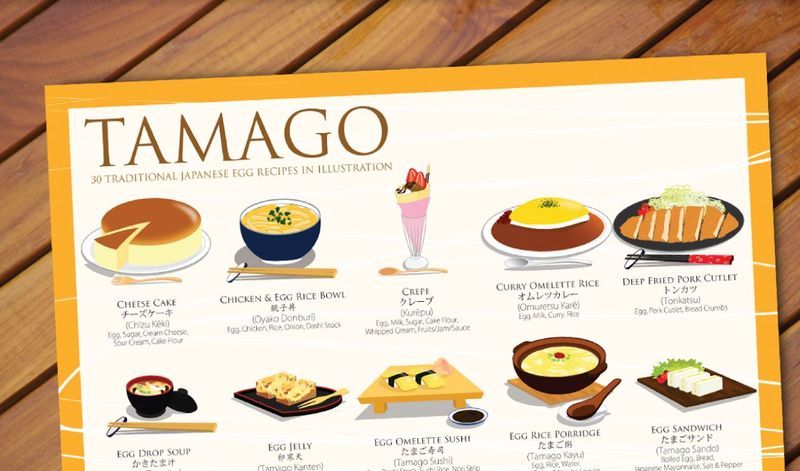 Joey Haar — May 3, 2017 — Lifestyle
References: kickstarter
Share on Facebook Share on Twitter Share on LinkedIn Share on Pinterest
Though Westerners might more readily associate raw fish with Japanese food, egg is a staple in the East Asian island nation as well, and the Tamago Poster on Kickstarter is a testament to that versatile ingredient. Tamago, which is Japanese for chicken egg, is an essential part of many traditional and popular dishes in Japan, and the Tamago Poster enumerates 30 of those to help give people inspiration for their next yolk.

Some of the dishes on the Tamago Poster are deeply embedded in Japanese culture. Egg omelette sushi, for example, is a classic accompaniment to the well-known Japanese food, and egg drop soup (called kaki tamajiru in Japanese) is another olden favorite. However, some of the dishes are notably recent additions to Japanese culture, such as the Spam and egg rice ball.
4.3
Score
Popularity
Activity
Freshness
Attend Future Festival