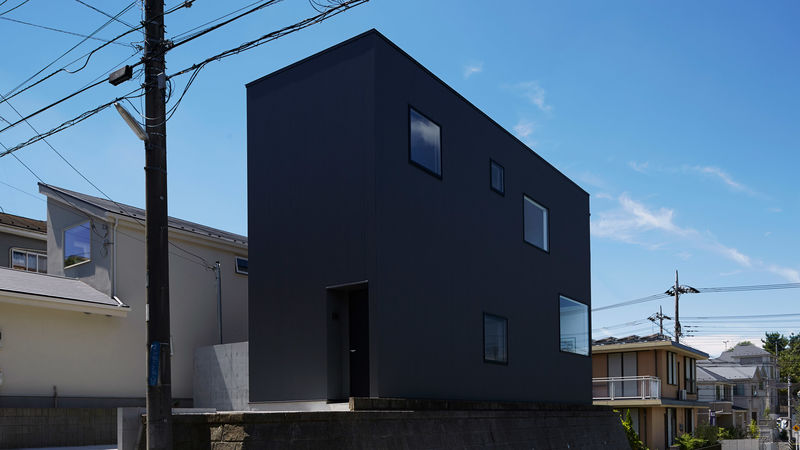 Joey Haar — April 7, 2017 — Art & Design
References: takatina & dezeen
Share on Facebook Share on Twitter Share on LinkedIn Share on Pinterest
Though it might look like an urban version of a prop from Stanley Kubrick's '2001: A Space Odyssey,' American architecture studio TakaTina's home built in the outskirts of Tokyo ultimately has a far different vibe. Whereas Kubrick's famous monolith brought a sense of omniscient foreboding, TakaTina's home interior is cozy and welcoming despite the blackness of its facade.

An inverse to the pitch black exterior, the interior of TakaTina's home is inspired by the bright, airy lofts that are common in Brooklyn, the home of TakaTina's husband and wife team, Takaaki and Christina Kawabata. In fact, the uniform exterior of the home is meant to better highlight both the urban surroundings and the impressively designed interior: by omitting flashy design, it acts like negative space in a painting.
5.3
Score
Popularity
Activity
Freshness
View Innovation Webinars