I Drove All Night 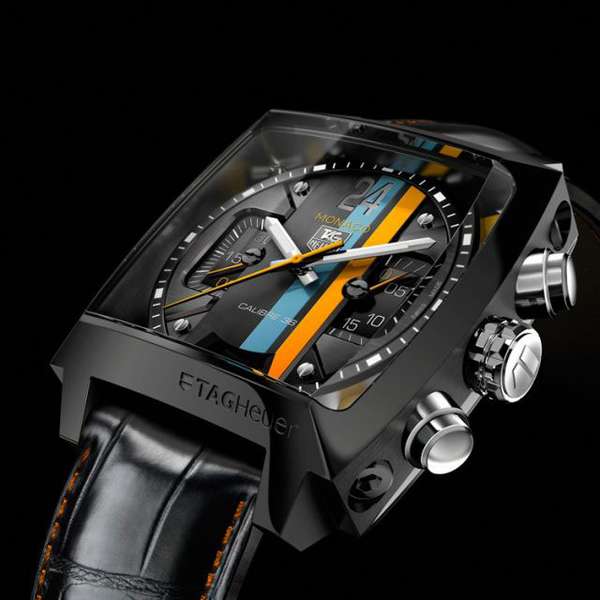 Inspired by powerful race vehicles and adrenaline-surging car cockpits, the watch carries a distinct “24” on the blue and orange livery of Gulf Oil, the colors that defined Steve McQueen in the 1970 film classic "Le Mans." The remarkable TAG Heuer timepiece is powered by the superior TAG Heuer Calibre 36 Movement, boasts a unique tubular design and is made of industrial-grade tungstem, a magnificent combination of performance, elegance and strength.