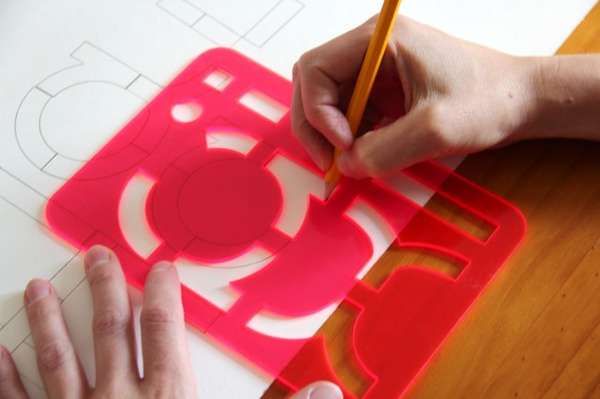 Meghan Young — August 21, 2011 — Life-Stages
References: dahm.nl & trendsnow.net
Share on Facebook Share on Twitter Share on LinkedIn Share on Pinterest
Typography is becoming an art form in its own right, paving the way for mainstream products like Tabletto by Thomas Dahm. This typographical toy features a plastic stencil that consists of 10 shapes, which allows the user to design any letterforms, numbers and punctuations in all languages. Aside from those cultural creations, the stencil can also be used to draw any other shapes that might come to mind.

Although an odd game by some standards, Tabletto by Thomas Dahm promotes creativity on a high level. Its simplicity puts all of the imaginative onus on the users, letting them explore any ideas that pops up in their minds. Armed with this toy, children and adults will be producing some interesting art.
4.7
Score
Popularity
Activity
Freshness
View Innovation Webinars