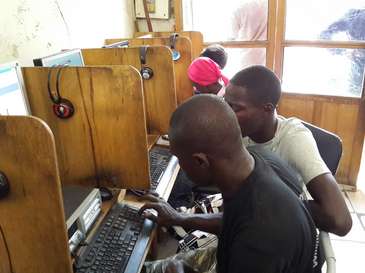 Laura McQuarrie — July 21, 2013 — Tech
References: google-africa.blogspot & treehugger
Computer access can be hard to come by in remote areas of Africa, so Google recently sponsored the first tablet cafe in Dakar, Africa to make the Internet more accessible. Constantly running computers can consume a lot of power, making cyber cafes costly to operate and to use. As well, slow Internet access can be frustrating, especially for first-time computer users.

Using tablets in the place of desktop computers is an easy way to remedy a lot of these problems. Google replaced all 15 of the ‘Equniox’ cafe’s computers with portable tablet devices. Use of the devices is fairly intuitive, even for new users. And now, the money saved on operating power-hungry computers can now be put towards improving the Internet connection speed.
1.3
Score
Popularity
Activity
Freshness