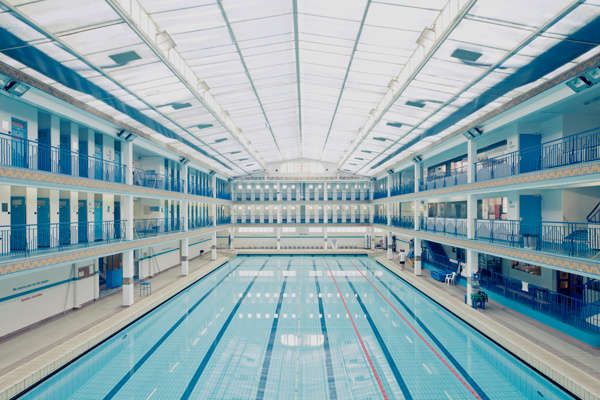 Swimming Pools by Franck Bohbot Finds Beauty in the Mundane

Meghan Young — August 3, 2013 — Fashion
References: franckbohbot & behance.net
Share on Facebook Share on Twitter Share on LinkedIn Share on Pinterest
The Swimming Pools photo series shows off some grand indoor swimming areas in Paris, France. Or perhaps they simply look grand due to the nature of the shots. In a way, the Swimming Pools photo series is reminiscent of another symmetrical photography project, one revolving around lavish Parisian theaters. That is because they were shot by the same photographer.

Captured by Franck Bohbot, a photographer based in Brooklyn, New York, the Swimming Pools photo series sheds a new light on the metropolis staple. More often than not, people enter such a space with only one thing in mind, forgetting to appreciate the structures for what they are and what they offer. The Swimming Pools series finds beauty in the most unlikely place.
4.9
Score
Popularity
Activity
Freshness
View Innovation Webinars