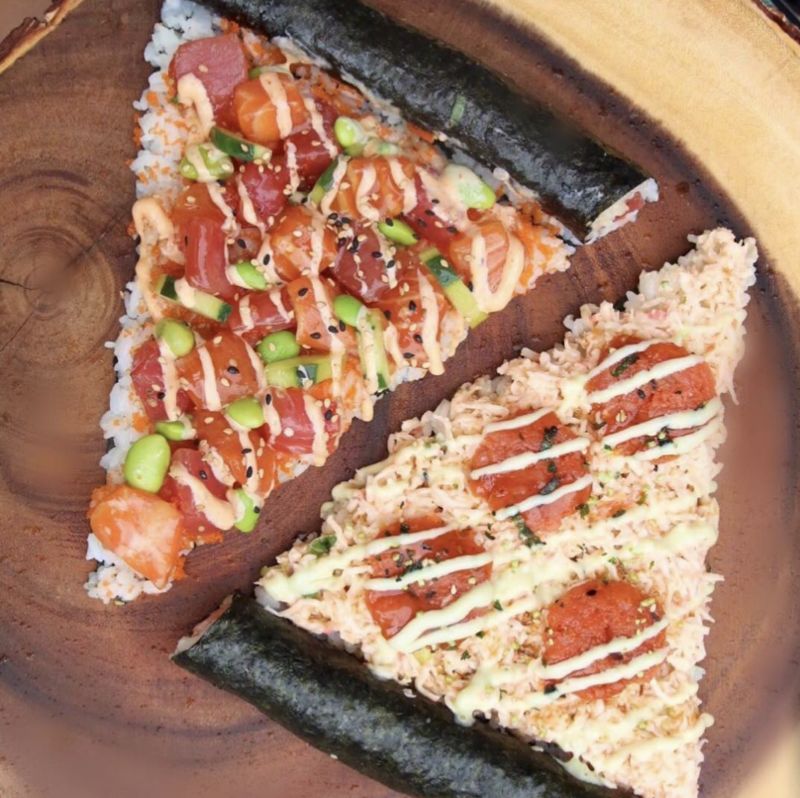 Pizza sushi is the brainchild of the chefs at a sushi restaurant called Poke Burri in Atlanta, Georgia. The dish consists of rice stacked on top of a triangular piece of seaweed, along with traditional sushi toppings such as fish, edamame, and cucumbers. The seaweed is then rolled up at the end to create a sushi roll that resembles stuffed pizza crust.

While sushi pizza might sound like an unusual combination, this is not the first time the restaurant has experimented with hybrid sushi dishes. Past creations have included sushi donuts and sushi corndogs -- both of which were major hits.