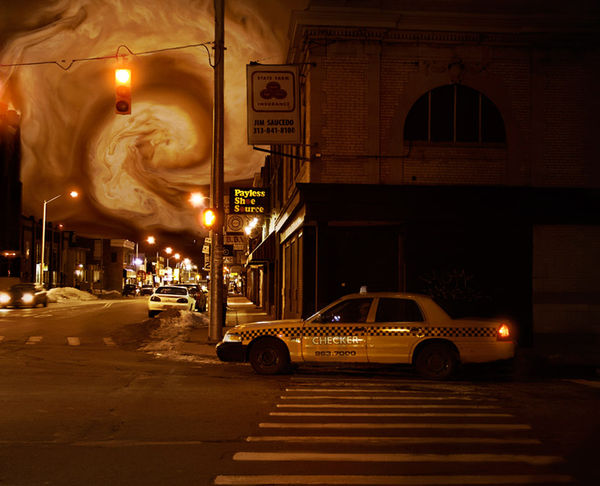 By using certain photo-manipulation techniques, Borsi turns the heavens into one's coffee cup. The result is surprisingly beautiful, since many of the caffeine images used are those mixed with milk such as lattes or cappuccinos, which with some handy-work, can be turned into impressive pieces of art themselves. Images included in the Coffee Universe collection consist of tall buildings with the darkened sky in the background, as well as looking out on a street corner at night with a swirling effect against the horizon.

Borsi manages to find inspiration in the unexpected with her latest collection.