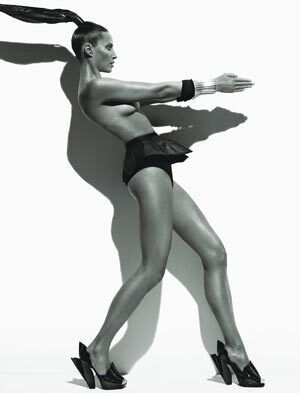 In 1993 Turlington, who is known as one of the nicest and most professional models in the industry, posed nude under her quote, "I'd rather go naked than wear fur," for PETA's anti-fur campaign. She also is the author of "Living Yoga: Creating A Life Practice" a book about another of her life passions.

This stunning black & white photography collection, shot by photographer Michael Thompson is aptly named 'Champion', and reveals the 39 year old Turlington is just as 'super' as she was 20 years ago.