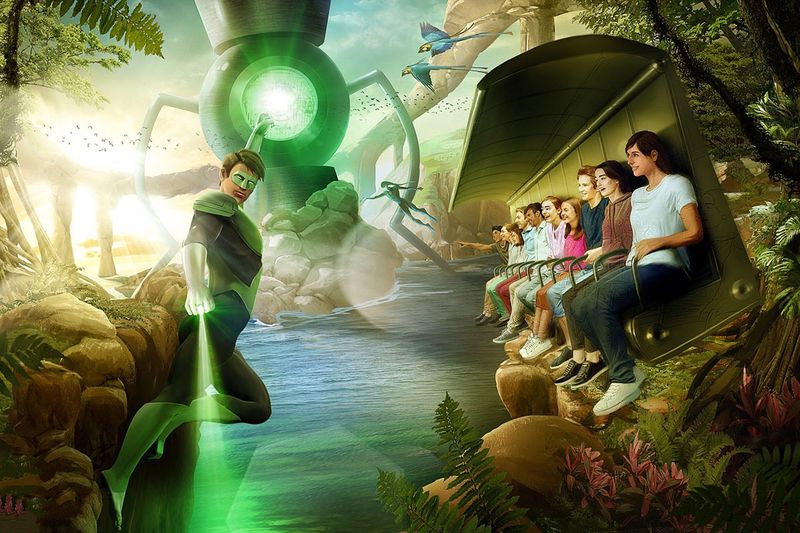 Madison Mackay — February 8, 2018 — World
References: wbworldabudhabi & hypekids
Share on Facebook Share on Twitter Share on LinkedIn Share on Pinterest
Warner Bros. has designed a huge superhero theme park in Abu Dhabi. The park will include six new worlds including Metropolis, Gotham City, Warner Bros. Plaza, Bedrock and Dynamite Gulch, that will allow guests to fully immerse themselves into the fantasy worlds. With characters including the Green Lantern, Batman, Superman and Wonder Women, the park will be filled with new and exciting simulation rides. There will be a Cartoon Junction for younger children to explore, solve crimes in and ride age-appropriate rides.

Everything in the park will be completely themed including restaurants, rides, theaters and rest areas. Located on Yas Island, 15 minutes outside of Abu Dhabi International Airport, this new superhero theme park by Warner Bros. will be open this summer.