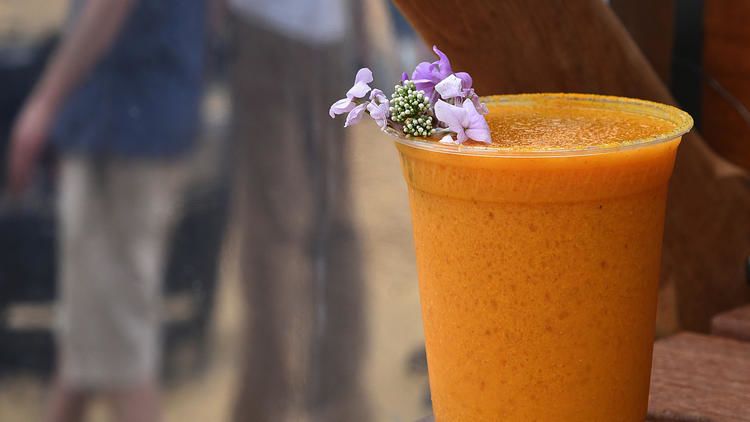 Sandlot's Superfood Cocktail Gets Its Bright Color from Turmeric

When it came to creating the Fire on the Mountain cocktail, bar manager Andrew Nichols says: “I wanted to create a savory, spicy smoothie that had booze in it." As well as being a noteworthy menu item for its color, the drink boasts a high amount of Vitamin D, which is known to be beneficial for combating seasonal depression.

As a superfood with a multitude of health benefits, turmeric is now the star ingredient in a number of new restaurant and bar creations, including everything from golden milk lattes to canned drinks.
0.7
Score
Popularity
Activity
Freshness
Get Trend Hunter Dashboard