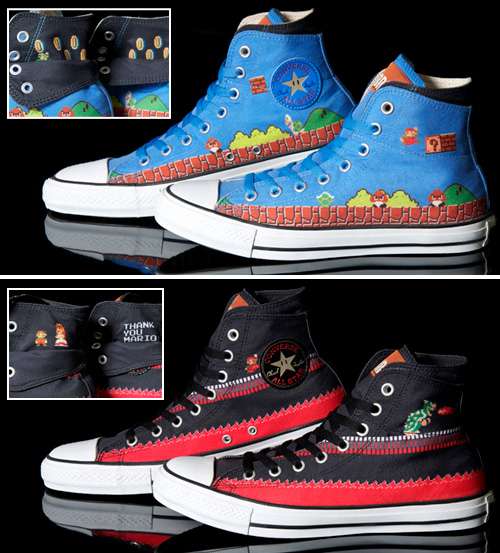 Instead of an all-over 8-bit print like the first two, these new Super Mario Converse shoes features scenes from the iconic games. One is a wraparound version of level 1-1 and the other an epic scene of Mario battling Bowser.

Unfortunately for many retro Nintendo lovers, the Super Mario Converse sneakers will only be available in Japan, just like the first two. They will hit the market in August 2011.
5.1
Score
Popularity
Activity
Freshness
Get the 2021 Trend Report FREE