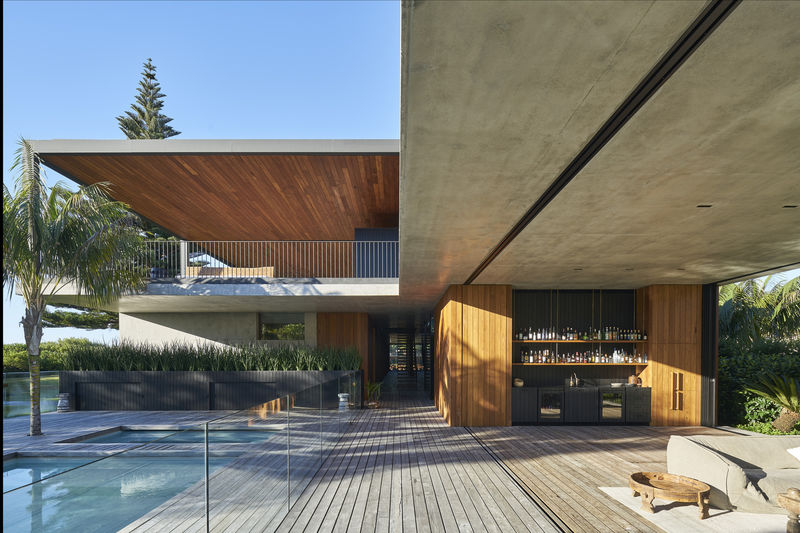 'Sunrise House' is a Luxurious but Relaxed Oceanside Home

Joey Haar — June 15, 2018 — Art & Design
References: archdaily
Share on Facebook Share on Twitter Share on LinkedIn Share on Pinterest
Beach houses have an inherently luxurious appeal, but not all passersby have a taste for the typically baroque flourishes that accompany oceanside design, so Sunrise House attempts to maintain that luxury without leaning toward arrogance. The family home on the Pacific coast of a town in New South Wales, Australia, is certainly fancy, but the architects were careful to keep it understated as well.

Most of the home is geared toward its view of the coast, but the front facade points at a public street. In avoiding the appearance of snobbery, the home's street-facing facade is simple. It's covered primarily in wood panels and topped with a thin concrete slab, helping it to blend in with the rest of the homes on the street.