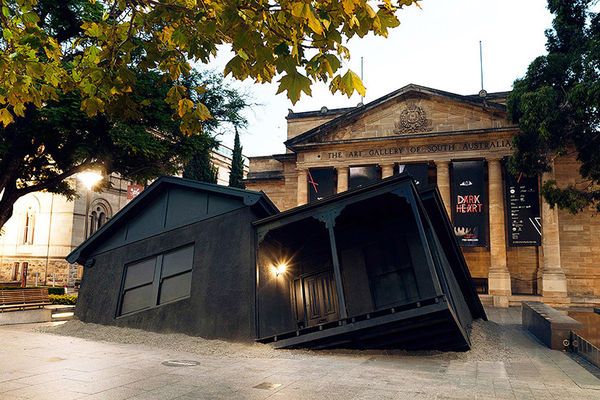 The project is called Landed and was made by Ian Strange. The model of the house mimics his own 1920s suburban home. The house is covered head to toe in matte black paint making it a standout where it's located.

The sunken house statue is in Australia and is located at the art gallery of South Australia. The display was made for the Adelaide Biennial of Australian Art and sits directly at the front of the display. The artist even added debris and detritus to surround the fake 'crash" location, making for an even better visual experience.