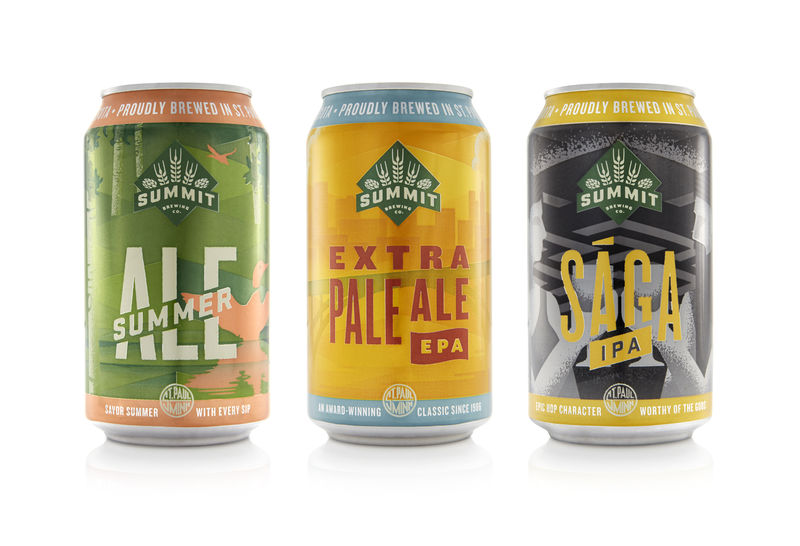 The Summit Brewing Co.'s Beer Cans Celebrate Being Made in Minnesota

Laura McQuarrie — July 10, 2014 — Lifestyle
References: summitbrewing & thedieline
Earlier this year, the Summit Brewing Co. beer bottles got a brand new look courtesy of Duffy & Partners and now the pair has teamed up again for the release of the first ever cans from the Summit Brewing Co. There are three different cans designs for three different beverages, including the Summit Brewing Co.'s EPA, Sága and Summer Ale. Each beer can design artfully shows off the beauty of Minnesota's landmarks with a colorful and bold design, while building off of the visual identity that was created for the Summit bottles earlier in 2014—all of which proudly state that the beer was brewed in St.Paul, Minnesota.

While these are the just the first three cans to come from Summit, there are more new can designs to come in the fall.
3.1
Score
Popularity
Activity
Freshness