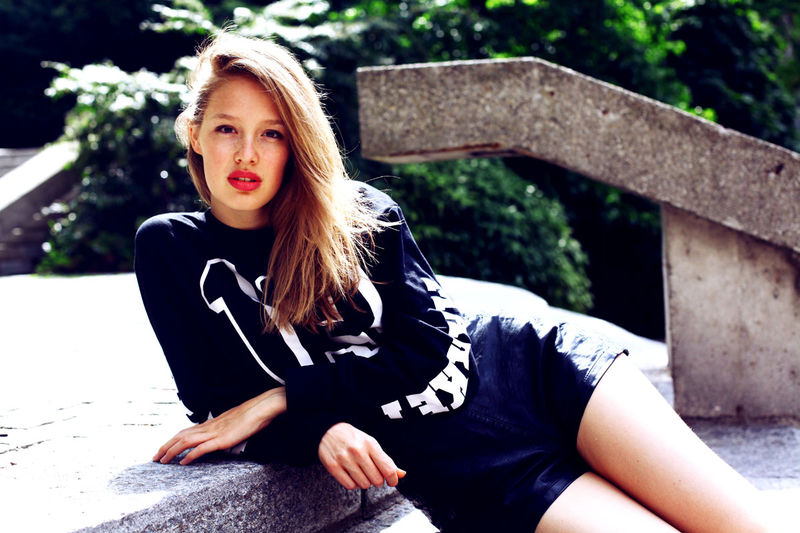 Vasiliki Marapas — July 23, 2014 — Pop Culture
References: engelauren & c-heads
Photographer Lauren Engel had some complimentary words for Alice Wieser, a model she shot in this summery editorial for C-Heads. Engels says, “Alice’s Polaroids melted me and I confirmed to shoot her immediately[.] [T]hroughout the shoot I was under her spell –- capturing her musing gaze, luscious lips and teen-like charm."

It's hard to believe that Wieser isn't actually a teen; her eyes betray a certain innocence that's rare to come by. In other words, she doesn't seem as hopelessly jaded as the rest of us, a quality which makes her infinitely refreshing. Her sensual pout is the only hint that she might be older than she appears.