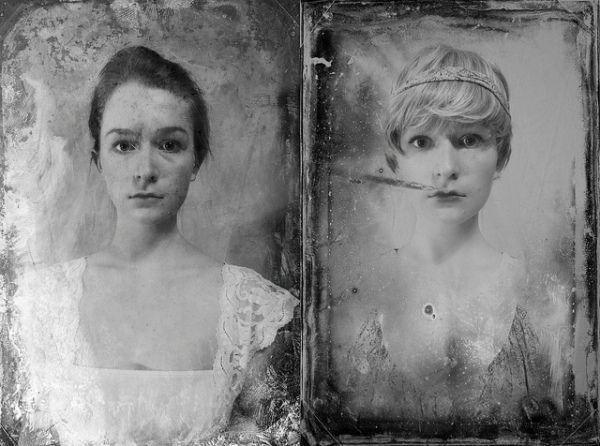 Annalisa Hartlaub Imagined Herself in Different Styles of the Decades

Megan Facciuolo — May 6, 2014 — Art & Design
References: annalisah.tumblr & designtaxi
Share on Facebook Share on Twitter Share on LinkedIn Share on Pinterest
Sixteen-year-old Ohio State University student Annalisa Hartlaub pictured herself in various styles of the decades for her photography class and the results are spot-on. The project, called 'Counter Culture,' features self-taken shots of over a century worth of fashion, beauty and hairstyles.

She did so by mixing up her own clothes to replicate retro styles and achieved the effects with filters that accurately depict the camera technology of each era. Every decade's photo is represented by two pictures: one of her dressed mainstream and one of her in counterculture. For example, she represented the 60s with a mainstream mod photo and a counterculture hippie-styled photo.

Some other images depict her as a glamorous flapper girl of the 20s and a leather-wearing punk of the 80s.
3.7
Score
Popularity
Activity
Freshness
View Innovation Webinars