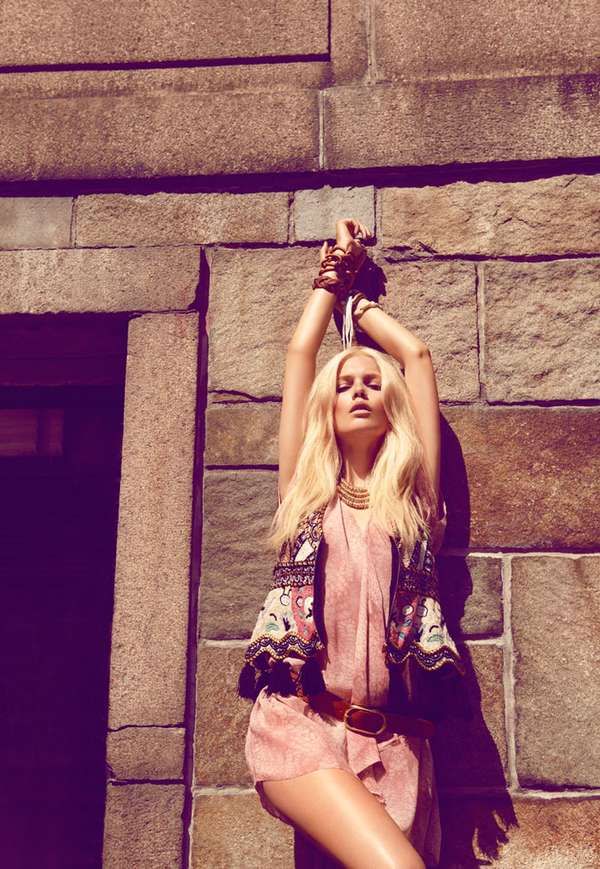 The Christine Loekkeboe Styleby 3 Summer 2011 Heats Up a Career

The Christine Loekkeboe Styleby #3 Summer 2011 editorial was shot by accomplished Swedish photographer Rickard Kind, and he does a fantastic job of giving the photo shoot life. He captures Loekkeboe in a series of different, hippie-inspired looks, each one exuding a natural, vivacious, and sensual aura.

Kind is no stranger to major photography work. He has done work for H&M, Adidas, Absolut Vodka, Glamour, and Cosmo Magazine. His skills are evident in an editorial like this, where he takes an inexperienced and unknown model, and turns her into a star with ease.

Do not be surprised if you see and more from Christine Loekkeboe in the near future. This Styleby #3 Summer 2011 issue is on newsstands now.
6.9
Score
Popularity
Activity
Freshness
Jeremy Gutsche Keynote Speaker