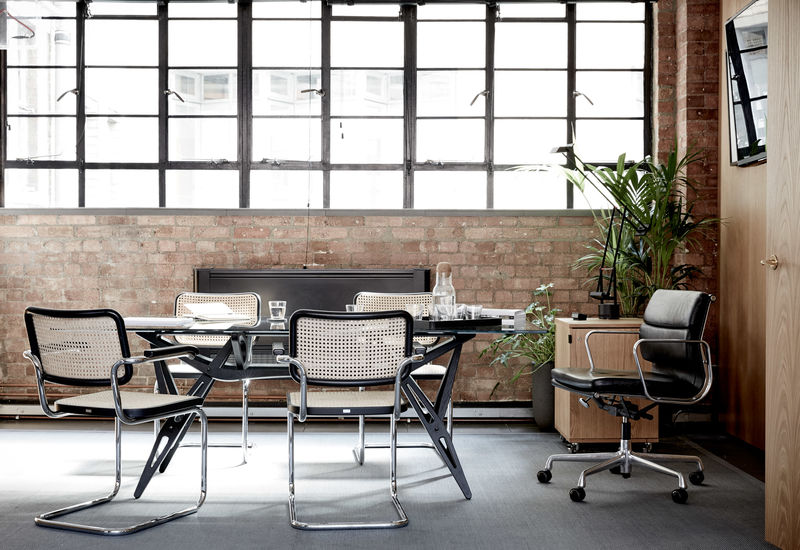 Studio Four23's New Office is Inspired by a Toolbox

Joey Haar — February 21, 2017 — Art & Design
References: four23.net & dezeen
Studio Four23, a communication firm based out of Clerkenwall, England, has refurbished a former metalworking shop for its second office in London. The firm chose to design the new office itself (rather than outsourcing the project to another studio,) and it took an interesting bit of inspiration. In designing the office, Studio Four23 used a photograph of a toolbox as creative fodder.

Part of the decision to use such a strange photo as inspiration is due to the space itself. The industrial building would have had plenty of toolboxes strewn about during its tenure as a metalworking shop, so using a toolbox fits with the original purpose of the building.

Further, Studio Four23 believes that the toolbox symbolically represents the company as a whole -- each employee has a specific task to fulfill, and together they can build projects that none could alone.
3.3
Score
Popularity
Activity
Freshness