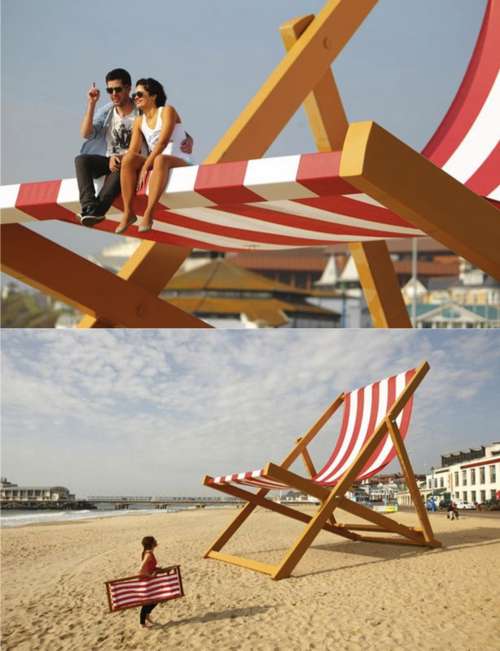 Meghan Young — March 26, 2012 — Unique
References: mirror & inspire.2ia.pl
Share on Facebook Share on Twitter Share on LinkedIn Share on Pinterest
Artist and sculptor Stuart Murdoch has built a giant beach chair. Touted as the largest of its kind, it is taller than a double decker bus. The deckchair measures an impressive eight and a half meters tall and five and a half meters wide. Not to mention that it weighs nearly six tonnes.

Living and working in the Highlands of Scotland, Stuart Murdoch was commissioned by Pimm’s to mark the start of British Summer Time. Erected on Bournemouth beach in England, Stuart Murdoch's humungous art installation took 512 hours to build. Constructed out of 5,016 egg boxes, it not only rings in the summer season, it also celebrates the launch of Eggs for Soldiers' national egg and spoon race in March, which helped raise money for Help for Heroes.