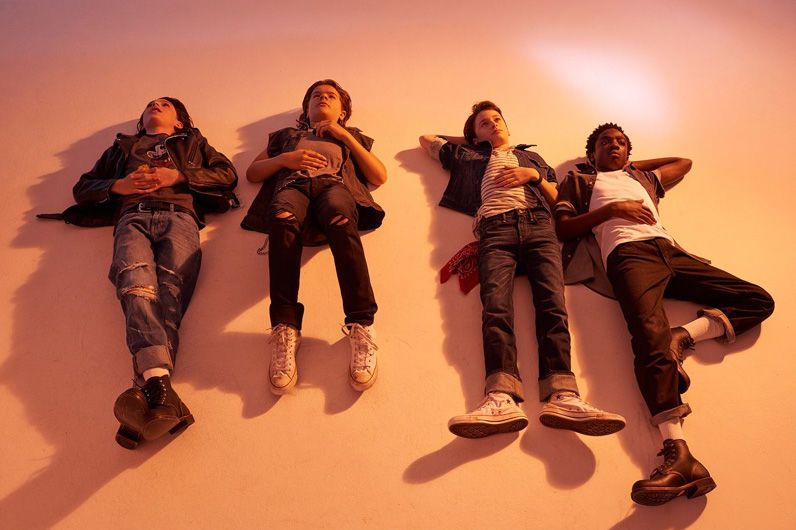 As Fucking Young! reports, the editorial was styled by J.Errico and shot by Sacha Maric, a versatile photographer who's celebrated for his minimal and timeless approach. Throughout the shots, the four boys pose in vintage-inspired apparel, with Finn Wolfhard, the Canadian actor who portrays Mike Wheeler in the show, sporting a mechanic-style button-up. In other shots, the actors pose in simple tees and jeans, making for a cohesively retro aesthetic that speaks to the time in which the series is based.