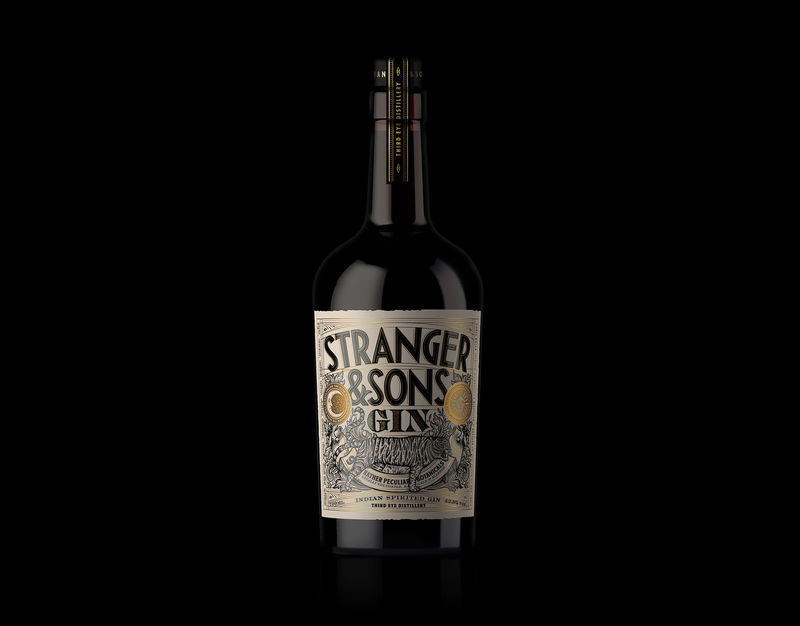 Justin Lam — September 29, 2018 — Lifestyle
References: lbb.in & thedieline
Share on Facebook Share on Twitter Share on LinkedIn Share on Pinterest
Gin is often heavily associated with London or the UK, but Stranger & Sons is hoping to create an Indian gin industry through its uniquely Indian expression. Created by Third Eye Distillery, Stranger & Sons is one of the first gins to be distilled in the country since the 1940s. Like former Indian gins, this new spirit compliments the traditional juniper flavor with healthy doses of licorice, pepper, nutmeg, mace, coriander, angelica, cassia bark, and a mix of Indian citrus peels, including Gondhoraj Limes.

Crafted based on Indian traditions of knowledge, skill, recipes, and history, Stranger & Sons draws its name from the idea of generational business. The inclusion of "& Sons" in the name plays on the idea of familial origins and multiple generations being involved in the same business. This is key to the branding of the spirit as the gin hopes to invoke a new era of distilling in India.