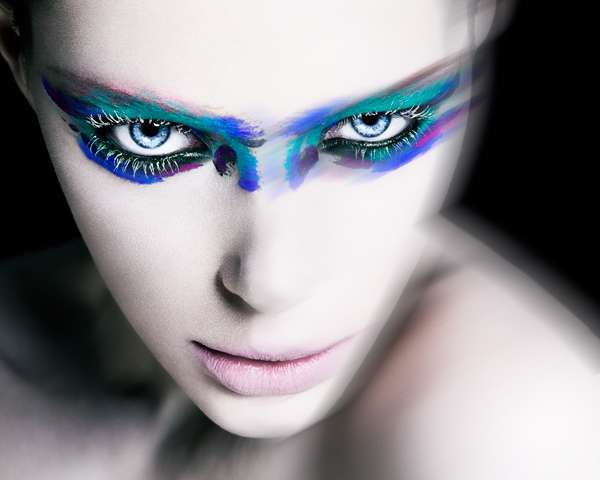 Steve Kraitt Captures the Essence of a Femme Fatale

Susan Keefe — October 5, 2011 — Fashion
References: behance.net & behance.net
Share on Facebook Share on Twitter Share on LinkedIn Share on Pinterest
Photographer Steve Kraitt uses nature as inspiration to create his vibrant and visceral photo series ‘The Female Species is Deadlier than the Male.’ In nature we are taught to fear the punchy colors that adorn snakes, insects and various varieties of flora and fauna for fear of poison. Using the well-known example of the preying mantis, Steve Kraitt explores the alluring, and at times deadly power females seem to hold over males.

Using the serene visage of model Nell Nabarro and the bold makeup effects of Marina Keri, Steve Kraitt has successfully captured the alluring beauty of nature and its hidden deadly secrets. Alternating between come-hither stares, fiendlike innocence and menacing glances, Nabarro plays the role of a gorgeously dangerous female predator. The choice of makeup alludes to the almost neon hues of deadly insects and poisonous snakes, further suggesting that this fine female does indeed have a noxious ace up her sleeve.

The most beautiful things in this world appear otherworldly, just beyond our grasp. Steve Kraitt successfully conveys the female form as something powerful, untouchable and above all, not to be trifled with.
6.1
Score
Popularity
Activity
Freshness
Get Better and Faster