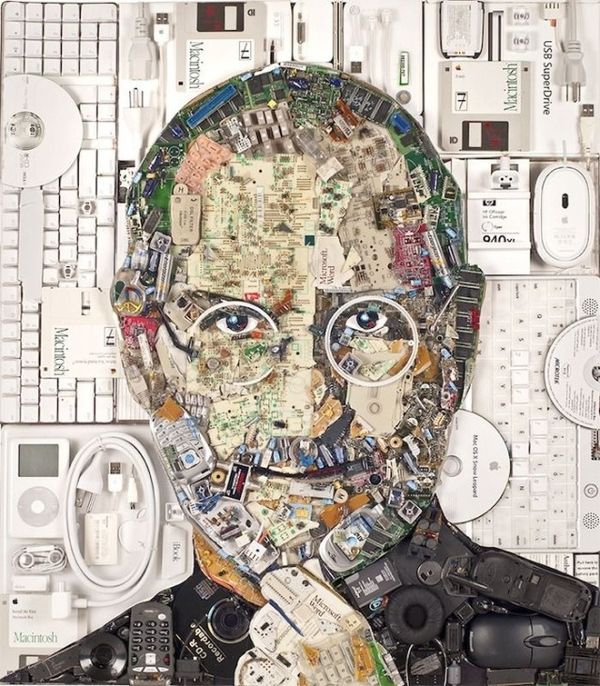 This Clever Artist Creates a Steve Jobs Portrait with E-Waste

The portrait is a recreation of the iconic 2006 Albert Watson photo of Steve Jobs which was originally commissioned by Fortune magazine. Jason Mecier does an incredible job recreating the genius behind all the Apple products that we love so much.

The original image was used as the hardcover of Walter Isaacson's 2011 Steve Jobs biography. Jason Mecier says that each collage portrait takes, "At least fifty hours, but many take much, much longer." That is dedication to your passion and you can tell that this must have taken much, much longer than 50 hours with the amount of detail and electronic hardware involved to create this Steve Jobs portrait.
1.1
Score
Popularity
Activity
Freshness
Get Trend Hunter Dashboard