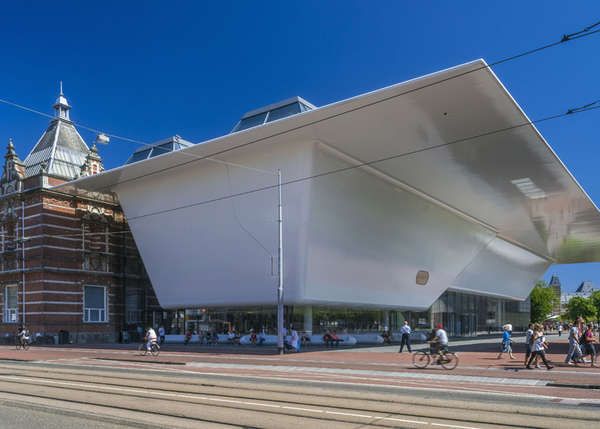 Architect A.W. Weissman drew inspiration for the extension from its grandiose staircase and the original construction's light-welcoming interiors. This addition consists of an underground library and exhibition halls while the museum's shop, restaurant and terrace are housed on ground level. Titled Museumplain, the newest fixture-resembling facade contrasts with the older Weissman building.

According to architects, the interior's detailing "is in alignment, making the explicit contrast between the old building and the new building barely noticeable when walking through the museum." Though the exterior facades create a visually striking contrast, it is evident that the architectural intent is a seamless harmonizing of the Stedelijk museum's history with its future as a cultural center.
4.1
Score
Popularity
Activity
Freshness
Jeremy Gutsche Keynote Speaker