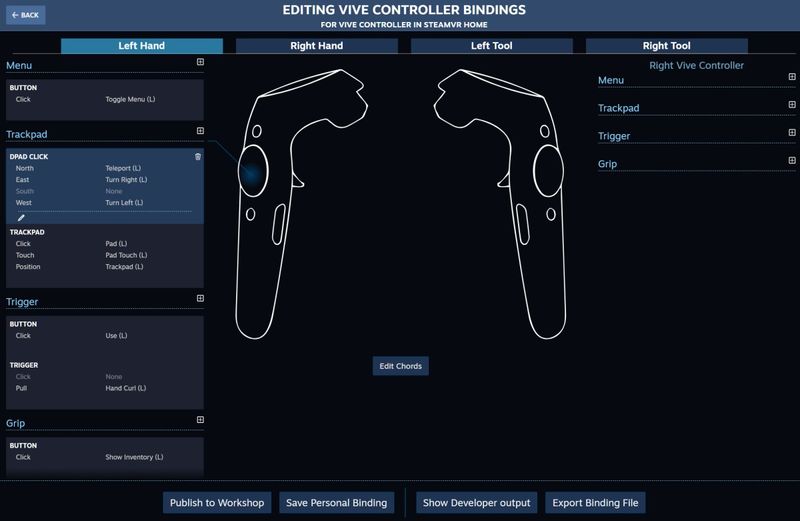 Joey Haar — May 15, 2018 — Tech
References: steamcommunity & engadget
Share on Facebook Share on Twitter Share on LinkedIn Share on Pinterest
Since virtual reality is still a very new technology in the gaming space, many different companies are vying to establish their hardware as the go-to option, and the new SteamVR Input system helps gamers and developers alike to address the issue that arises from that battle for supremacy. The system makes it simple for players to map their preferred control layouts onto whatever controller that they're using.

There are a half-dozen different controllers that are all more or less equally popular in the virtual reality gaming space. For developers, this raises a problem, as it's difficult to design an intuitive game interface when the method of input is left as an unknown. SteamVR lets players create the control inputs themselves, and users can save their setups publicly so that other players can quickly pick up the input that best suits them.