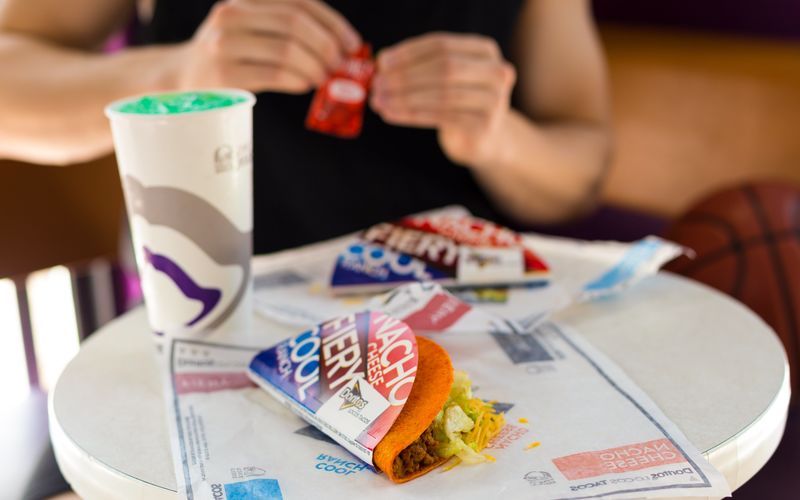 'Steal a Game, Steal a Taco' Offers Free Fare For the NBA Finals

Joey Haar — May 22, 2017 — Lifestyle
References: tacobell
Share on Facebook Share on Twitter Share on LinkedIn Share on Pinterest
With the NBA playoffs nearing their ultimate showdown between the two conference champs, Taco Bell is adding some flavor to the upcoming contest thanks to its 'Steal a Game, Steal a Taco' promotion. Under the campaign, all of America will win a free taco if the road team manages to eke out a win during the NBA Finals slated to begin during the first week of June.

Though there are currently four teams left in the playoffs, there's little doubt as to which teams will be making it to the Finals. The odds heavily favor the Warriors in the Western Conference and the Cavs in the Eastern Conference, meaning that basketball fans will be treated to a third straight Finals showdown between the juggernaut and the king. As if people needed any more incentive to watch, Steal a Game, Steal a Taco gives them just a bit of an extra push.
1.7
Score
Popularity
Activity
Freshness
View Innovation Webinars