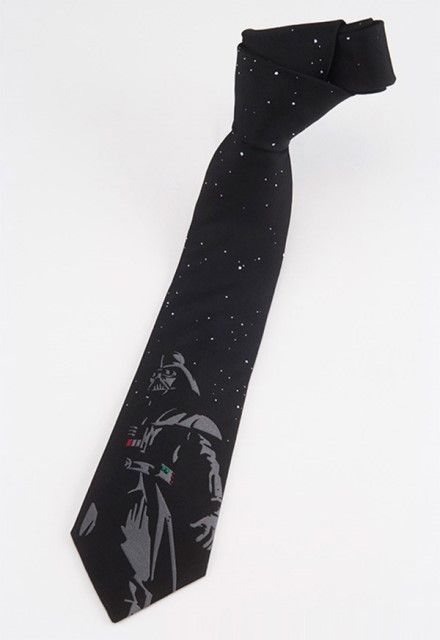 Michael Hines — September 18, 2013 — Fashion
References: main.kotobukiya.co.jp & technabob
Share on Facebook Share on Twitter Share on LinkedIn Share on Pinterest
If wearing one of these Star Wars skinny ties to a job interview doesn't get you hired on the spot, then there's a good chance nothing will. Seriously, though, these Star Wars neckties from Kotobukiya are as fashionable as they are geeky. Nerdy ties are nothing new, but rarely do ties inspired by movies or video games actually look good.

The Star Wars skinny ties feature iconic ships, landmarks and characters from the series. (Actually, just the first three movies from the original trilogy.) However, what sets these ties apart from others is the fact that they put colors and patterns first. Images of Darth Vader and the Death Star take a backseat to bright colors and plaid patterns. The result is a set of ties that will let you suavely fly your geek flag. The ties are on sale now and sell for $51 each.
3.7
Score
Popularity
Activity
Freshness
Get the 2021 Trend Report FREE