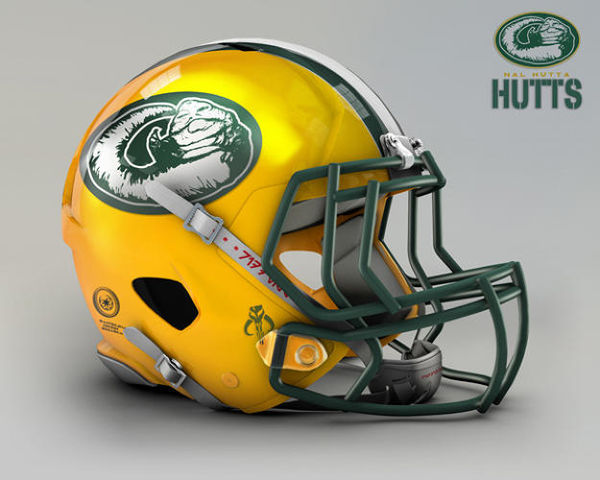 Meghan Young — February 4, 2014 — Lifestyle
References: behance.net & fastcocreate
Share on Facebook Share on Twitter Share on LinkedIn Share on Pinterest
Someone was so displeased with the Superbowl game this past Sunday that he rebranded the entire franchise, changing it to the Star Wars National Football League. Considering how poorly the Bronco's played, fictional teams such as these would have breezed right past them to win the Lombardi Trophy without breaking a sweat.

Conceived by John Raya, a designer based in Ciudad de Mexico, Mexico, the Star Wars National Football League concept is not only clever, but also well-executed. Comprised of 16 teams, which would take over an entire conference, the helmets envisioned for these teams stay true to the sports' traditional design. Emblazoned with logos that represent the team's name and hometown, these helmets revolve around such characters as the Jedis, Royal Guards and Walkers.
5.5
Score
Popularity
Activity
Freshness
View Innovation Webinars