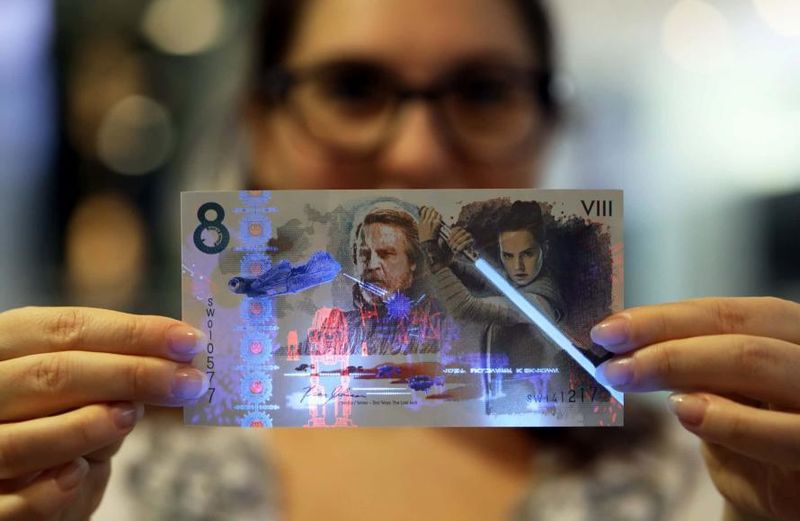 This Unique 'Star Wars' Money Was Auctioned Off on eBay

Riley von Niessen — January 8, 2018 — Pop Culture
References: delarue & luxurylaunches
Share on Facebook Share on Twitter Share on LinkedIn Share on Pinterest
With 'Star Wars: The Last Jedi' making its debut just a short while ago, many fans of the franchise eagerly took to the Internet to score some of the merchandise, collectibles, and other exclusive items that coincided with its release, including the Star Wars money that was printed by De La Rue.

As the British banknote manufacturer isn't considered a legal tender, the Star Wars money can't be used as an actual form of currency, despite how legitimate each banknote looks. Rather than featuring the portraits of historical icons and political figures, the banknotes boast characters from the film on them instead. In order to reflect the themes that are presented in the film, the banknotes have both a "light and a dark side."
3.7
Score
Popularity
Activity
Freshness
View Innovation Webinars