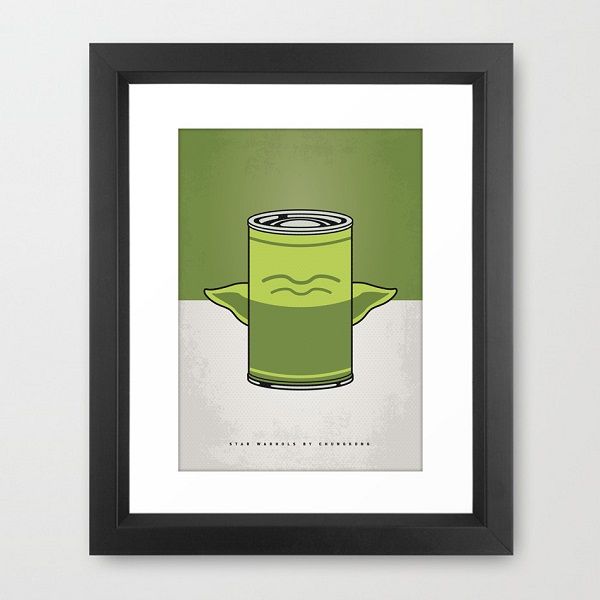 Alyson Wyers — December 4, 2013 — Pop Culture
References: chungkong.nl & designtaxi
Share on Facebook Share on Twitter Share on LinkedIn Share on Pinterest
The iconic film franchise Star Wars and the late great Andy Warhol might have more in common than you think, as seen in these out-of-this-world Star Wars illustrations. Conceived by Chungkong, 'Star Warhol' is a series of posters that interpret different Star Wars characters as tin cans. This is an homage to Andy Warhol as the artist often made regular, everyday items like soup cans the subject of his art. In fact, Warhol's painting of a Campbell's soup can is amongst his most famous work.

This is not the first time Chungkong, a Netherlands-based graphic designer, has combined his love of two seemingly random things into fun poster form. In addition to these Star Wars illustrations, his past pieces include superheroes drawn as ice cream and popsicles.
1
Score
Popularity
Activity
Freshness
View Innovation Webinars