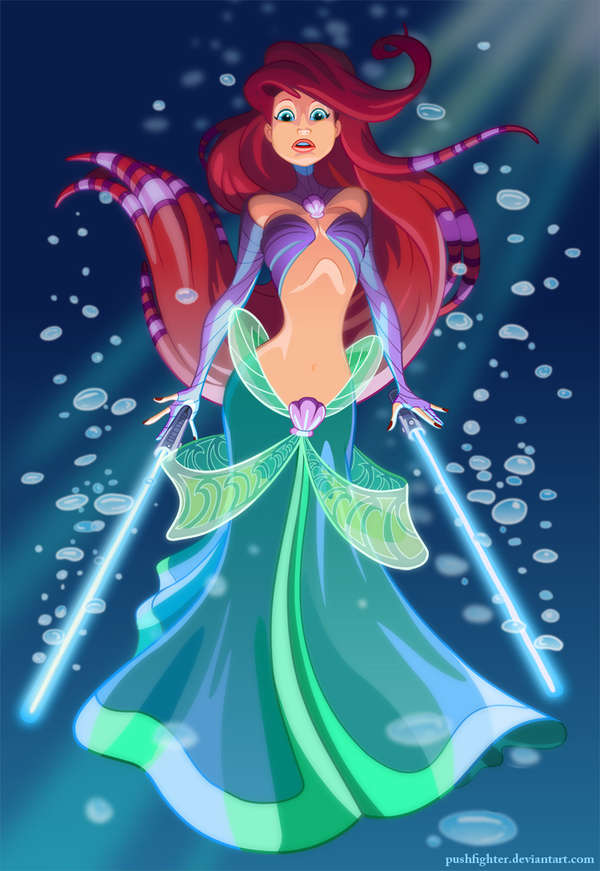 Meghan Young — April 5, 2013 — Art & Design
References: ralphsevelius.blogspot & neatorama
The Star Wars Disney Princess project is straight out of a geek's fantasy. The mastermind behind the depictions, Ralph Sevelius, might not necessarily be a geek, but his work certainly appeals to one. A commercial animator/Illustrator by day and pushfighter by night, as stated on his blog, this mashup is his first personal project of the new year. He writes, "I've been wanting to put my own spin on the Disney princesses and I've finally found a different direction for them that I haven't seen explored too much."

Thus far, the Star Wars Disney Princess project portrays The Little Mermaid and Rapunzel as Jedi knights while Snow White has been turned into a Sith. Who knew White could rival the Evil Queen with such...evilness?
6.9
Score
Popularity
Activity
Freshness