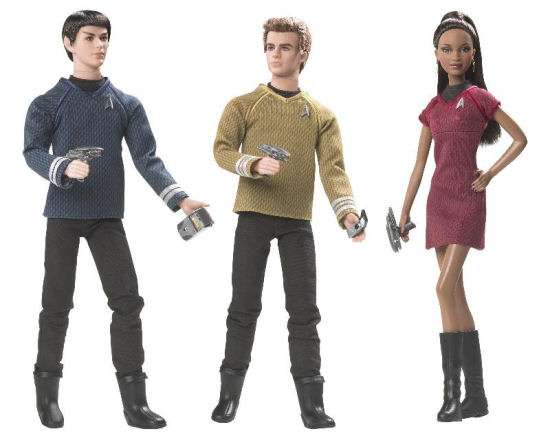 Marissa Brassfield — January 23, 2009 — Life-Stages
References: trekmovie & scifiwire
J.J. Abrams' upcoming 'Star Wars' prequel has the feathers of a few franchise fans ruffled over the collector's edition Mattel 'Star Trek' Barbie dolls that will be released just prior to the film.

"These are likely only the first product tie-ins to Abrams' reboot movie, but the fact that they are Barbies and not, say, high-quality Art Asylum prop replicas or, say, Master Replica ship models says a lot about how downmarket the new Trek is aiming," seethes Sci Fi Wire. Indeed, as the 'Star Trek' Barbie dolls will be sold for a hefty $43.19 price tag, I share in writer Patrick Lee's disdain, even as a non-Trekkie.