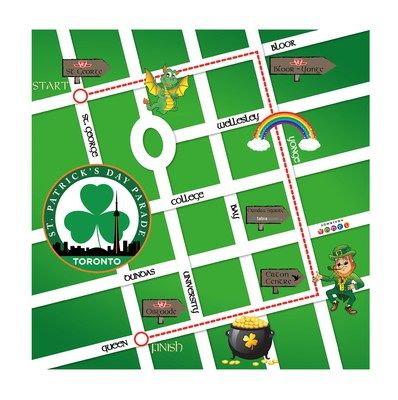 Katherine Pendrill — February 26, 2016 — Art & Design
References: newswire
Share on Facebook Share on Twitter Share on LinkedIn Share on Pinterest
To celebrate St. Patrick's Day in Toronto, the city is hosting an unusual event called the 'Ginger March.' Although the St. Patrick's Day parade is an annual event in Toronto, this year will mark the first time that an all-ginger float makes an appearance.

The Ginger March will take place during the 29th Annual Toronto St. Patrick's Day Parade, which will be held on Sunday, March 13th. The event is being organized by Shaun Ruddy, who is calling on all red-headed Torontonians to join the festivities. As Ruddy explains, "Red hair occurs naturally in only 1-2% of the population. This is a chance for those who have won the genetic lottery to come together and celebrate."

While the event celebrates St. Patrick's Day in Toronto, the festivities are not all fun and games. Those who participate in the Ginger March are also encouraged to bring non-perishable food items with them to donate to the Toronto Paramedics Association St. Patrick's Day Parade Food Drive.
2.7
Score
Popularity
Activity
Freshness
Get Trend Hunter Dashboard

Beer-Minded Irish Hats
This St. Patrick's Day Hat Will Keep the Booze on Your Mind All Day & Night