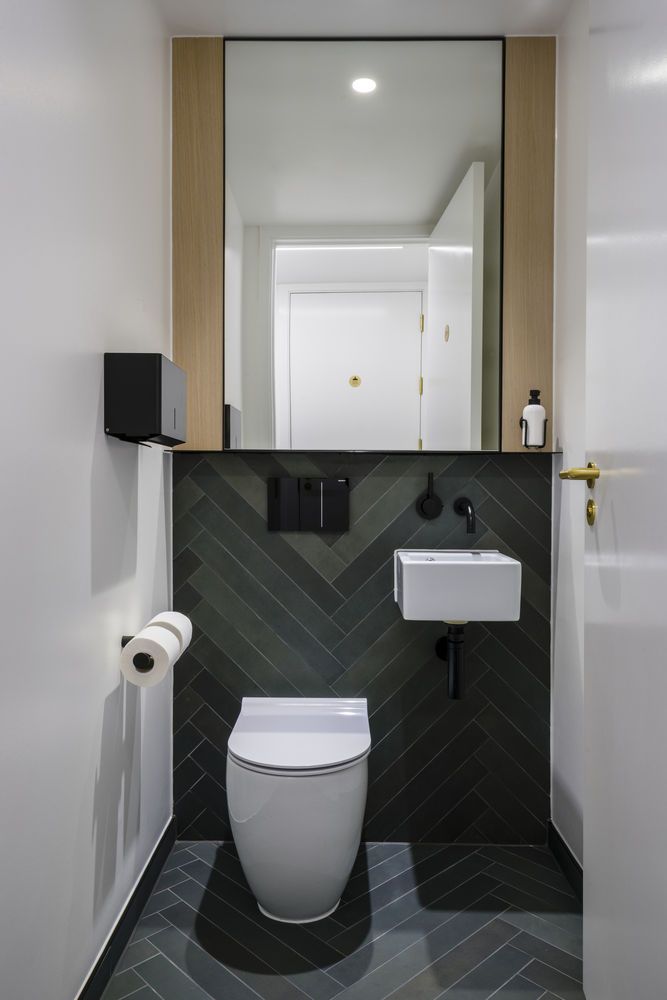 Joey Haar — May 29, 2018 — Art & Design
References: archdaily
Share on Facebook Share on Twitter Share on LinkedIn Share on Pinterest
From street level, Squire and Partners' remodelling of this mid-rise office building on Warwick Street in London doesn't look like anything at all. However, the Soho building's redesign is actually aggressively modern from the interior, showing that the architecture firm knows how to balance the sensibilities of the exterior with contemporary design tenets in the areas that the building's occupants will most appreciate.

The exterior of the building isn't for lack of personality, even if it isn't as modern as the interior. It has a series of turquoise brick columns that give it character without making it stand out as arrogantly as other buildings might. However, Squire and Partners still gave the exterior that modern flair on the top floors, with crystalline shapes at the very top. Since those aren't visible for the ground, though, the building maintains its dignified appearance.