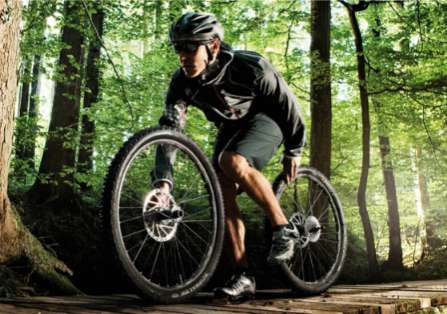 The Advico Young & Rubicam advertising agency of Zurich, Switzerland, communicated this unlimited quality of customization by picturing cyclists mounted atop the most notable and unchangeable features of a bike: a pair of wheels.

The consequent picture is rather unusual, given that the riders are essentially suspended in the air, holding pedaling postures, but grasping both spoked tires so that they remain in place and aligned. Attention to detail was paid so that each of the three prints looks as accurate as a photograph, but the SPW Custombikes campaign reveals a rather obvious absence of a frame, suggesting that the body of the bicycle is as individual as its owner.
6.1
Score
Popularity
Activity
Freshness
Attend Future Festival

Recycling Bikes
The Re:Energy Bicycle Recharges Your Gadgets with Every Revolution