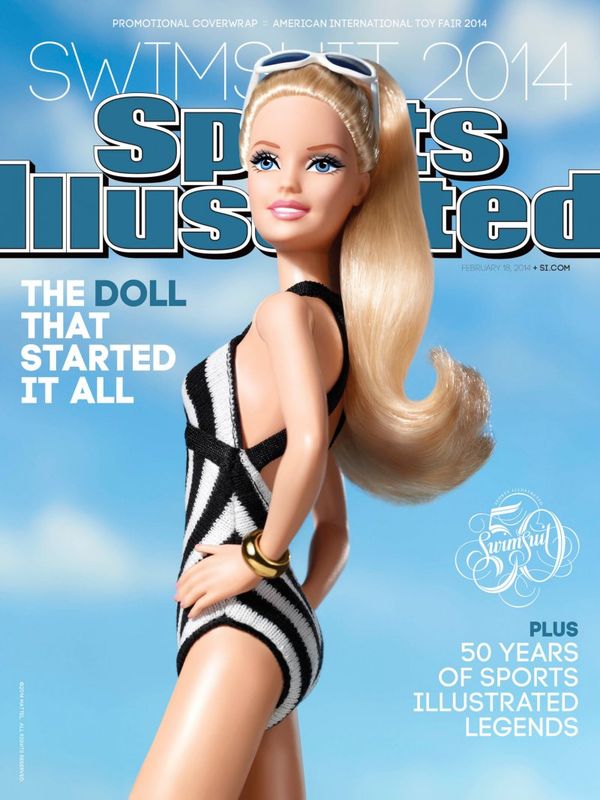 Farida Helmy — February 14, 2014 — Pop Culture
References: sportsillustrated.cnn & adweek
Barbie will be gracing the cover of the Sports Illustrated Swimsuit Issue for its 50th anniversary. The Mattel fashion doll will also be featured on the inside of the magazine with her very own editorial feature spread that was 'shot' by Sports Illustrated photographer Walter Iooss Jr.

Paying tribute to this all-American beauty, the Barbie cover for the Sports Illustrated Swimsuit Issue is already causing controversy. The '#unapologetic' campaign that Mattel and Sports Illustrated collaborated on is already teasing the public with its Times Square billboard debut. Bearing the same name as the recent Grammy-winning Rihanna album, the Unapologetic campaign celebrates individuality.

“As with Barbie, every year the Swimsuit edition sparks conversations about women and body image, and Sports Illustrated stands unapologetically behind this issue that women, in reality, love,” says a Mattel spokesperson about the Barbie controversy.
1.9
Score
Popularity
Activity
Freshness