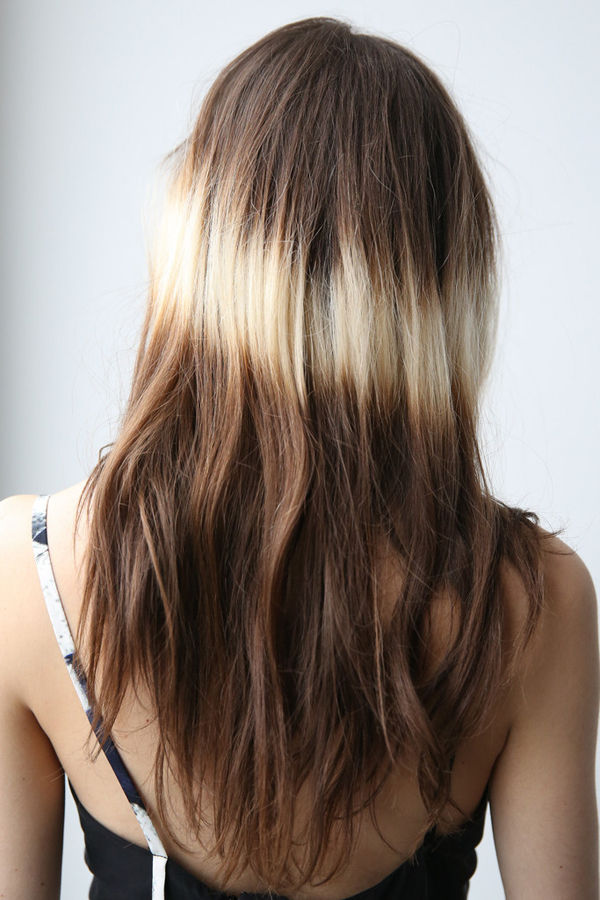 Splashlights Create the Effect of Light Reflecting Off Your Locks

Amelia Roblin — December 4, 2013 — Fashion
References: beautyeditor
Share on Facebook Share on Twitter Share on LinkedIn Share on Pinterest
While you might be familiar with highlights and lowlights, either natural or applied to one's coif at a salon, but you're probably new to the concept of Splashlights. Coined by Aura Friedman, a colorist from New York City's Sally Hershberger salon, this contemporary hairstyle involves putting blonde hair dye in a loosely horizontal band about halfway down one's tresses.

This is certainly a unique and edgy look when the two shades contrast highly, yet it can be softened easily with subtler tonal differences. Especially with the latter combination, Splashlights deliver the glamorous optical effect of that sought-after shampoo commercial shine, and they even create the illusion of a gentle wave to straight strands of hair.
4
Score
Popularity
Activity
Freshness
Get the 2021 Trend Report FREE