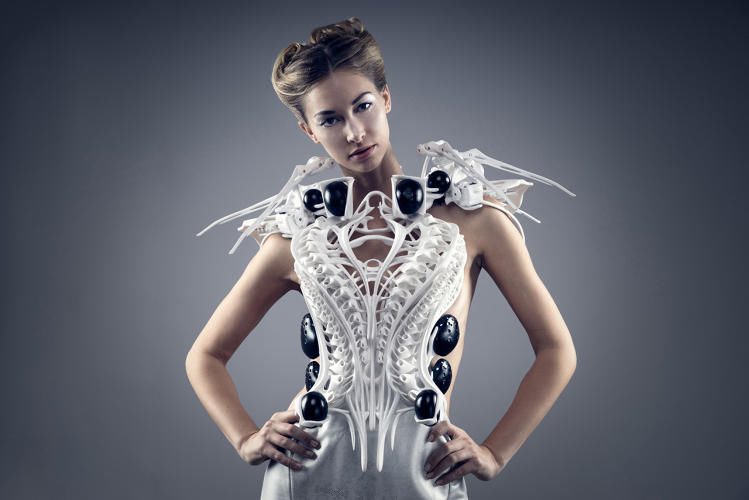 Anouk Wipprecht Designs an Outfit that Protects Its Wearer

Meghan Young — December 23, 2014 — Tech
References: anoukwipprecht.nl & fastcodesign
Share on Facebook Share on Twitter Share on LinkedIn Share on Pinterest
Originally released in black, the Spider Dress has been given a wintry update with an all-white version. Although still has futuristic as the original, it could easily pass off as creepier thanks to the use of black detailing that can be construed as beedy eyes. Yet it isn't this detail that will keep people away from anyone wearing the Spider Dress.

Designed by Anouk Wipprecht, the Spider Dress is equipped with motion and respiration sensors that make it respond as territorially as the arthropod it is inspired by. Fast Co Design explains, "If you enter the wearer’s personal space aggressively, the dress attacks. Animatronic arachnid limbs attached to its shoulders lash out at intruders. But if you approach calmly and slowly, these limbs might beckon you forward."
6
Score
Popularity
Activity
Freshness
View Innovation Webinars