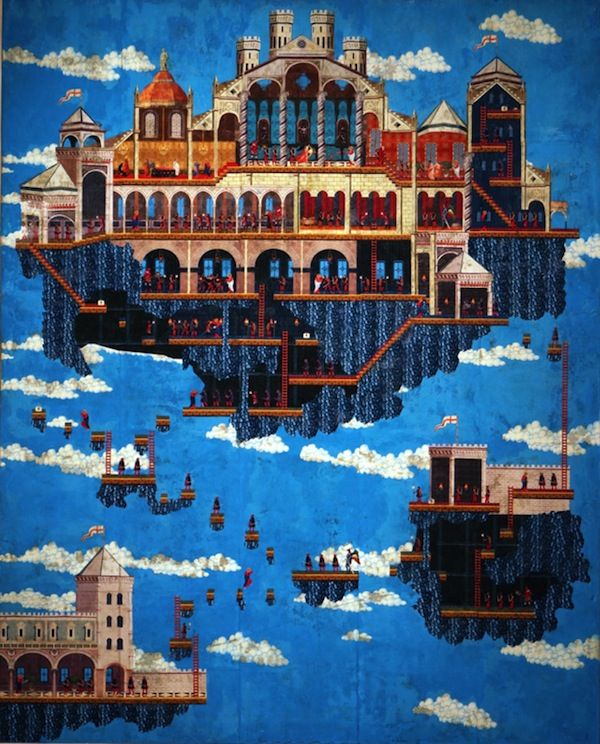 Megan Facciuolo — April 22, 2014 — Tech
References: danhernandez.org & designtaxi
Space Invaders is the classic video and computer game that is the inspiration behind this Space Invader art by Dan Hernandez. The artist modified historic Renaissance and Byzantine paintings to make them resemble the video game. The mix of "the old" and the older creates a new and modern type of artwork, which is truly original. It is rare to see a visual dialog between religion, video games, mythology and "space aliens."

Many of the paintings feature iconic structures such as those in the Neocarti City in a more pixelated form and, of course, under attack. Likely, he named one of his paintings 'Attack on Neocotari City.' That painting and many more are currently on display at the Kim Foster Gallery in New York until the end of the month.
1.4
Score
Popularity
Activity
Freshness