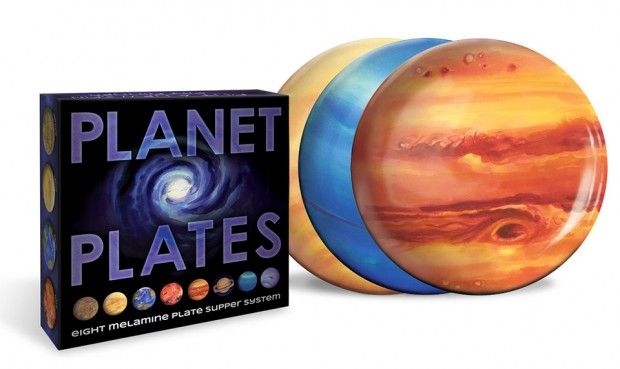 Laura McQuarrie — July 4, 2014 — Art & Design
References: amazon & technabob
Share on Facebook Share on Twitter Share on LinkedIn Share on Pinterest
These space dinner plates are perfect for summery intergalactic gatherings hereon Earth. Since the plates and planets are both round, the pairing is a seamless one. Although it might have been even more novel if the plates were differently sized according to scale, the different colors makes it easy to identify which plate is your own.

The plates are made to represent each of the eight planets: Mercury, Venus, Mars, Jupiter, Saturn, Uranus, Neptune and of course, our very own Earth—as it is no longer considered a planet Pluto the planetoid has been excluded.

The set of dishwasher-safe plates comes as an entire set for about $40, so that you're ready to throw an epic party that's out of this world.
1.5
Score
Popularity
Activity
Freshness
View Innovation Webinars